Fast development in technology in the last few years has seen increased abilities of the Unmanned Aerial Vehicles. Though once restricted to government bodies and a few large establishments, today, the large majority of people can afford a UAV or an RC drone.

Think of your very own mobile phone and all its capabilities. The miniaturization of Micro Electro Systems, Gyroscopes, batteries, and Accelerometers as applied in mobile technology has given birth to the ability to build various types of UAVs. This progress has paved the way to the achievement of innumerable operations that initially seemed impossible.

Need For UAV Communication Systems to control the flying vehicles

Who is in charge of the traffic flow of the possible millions of manned, unmanned and radio controlled aircrafts that are likely to flood the sky over our head? How safe are we as these vehicles fly about?

Almost every country in the world has some kind of traffic management system in place to control the flow of the vehicles on the roads. You must have noticed the road signs, designated pedestrian crossing areas, and traffic lights. They all make movement easier and safer for everyone.

At the moment, the systems used to control the taking off and landing of all the planes; both commercial and military are controlled by staff on the ground. These systems are inadequate for UAVs since they highly depend on physical signs.

With the increase in production of flying vehicles, there is need to coordinate their flow. Putting in place suitable UAV communication systems will ensure safety in air traffic flow. Bearing in mind that these vehicles fly at different attitudes, some are fully independent while others are partial; the system should provide a 3-Dimensional method of navigating the sky. This will prevent collisions of the aerial vehicles which would endanger the lives of people on the ground.

Are There Any UAV Communication Systems Currently In Place?

Privately owned drones are only allowed to fly within designated regions. Such drones have the systems installed before they can fly. To guarantee safety, the flying vehicles need to provide correct information to the ground control stations and fellow vehicles. Their response to instructions must also be in real-time. There are several companies that are working on systems with such abilities.

Reliable UAV Communication Systems as The Future of Flying Vehicles

There is a need to integrate various technologies to come up with a system that will provide the required safety for the autonomous vehicles. Such will include latest mobile and Internet technologies as well as other technologies that may not necessarily require the Internet. It will perform remote measuring of various parameters, transmit control information and record a complete 360° video of each vehicle. That UAV system will act as the invisible traffic light for the flying vehicles.

Unlike other industries that have benefited from learning from their mistakes, autonomous vehicles don’t have that luxury. The risk is too big to play with. It is important to prioritize the safety of the vehicles and the people. Safety mechanisms must be integrated into every layer of the UAV Communication System from the get-go.

This article was contributed by SkyHopper, a leading bi-directional drone data link manufacturer, and innovator. Visit us at Skyhopper.biz

48 hours ago, Apple revealed its new and futuristic iPhone X. Regardless of its design, and debatable price tag, this device also introduced a whole set of functionality, display, and engagement with the end-user.

iOS11 is turning to be quite different from previous releases from both user adoption which is still low (~30%) and also from a quality perspective – 4 patch releases in 1.5 months is a lot.

Most of the changes are already proving to cause issues for existing apps that work fine on iOS11.x and former iPhones like iPhone 8, 7 and others.

In this post, I’d highlight some pitfalls that testers as well as developers ought to be doing immediately if they haven’t done so already to make sure their apps are compliant with the latest Apple mobile portfolio. 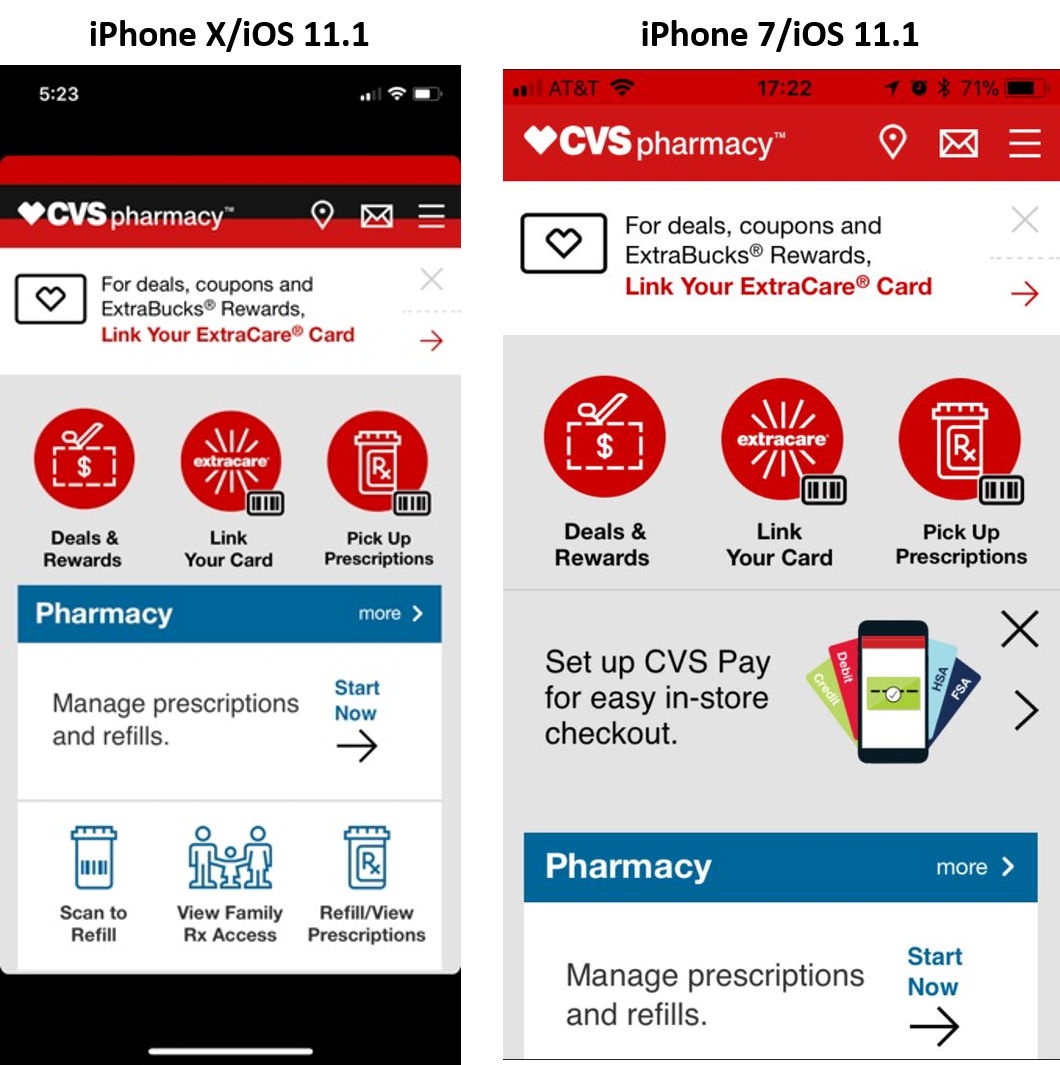 In addition to the removal of the Home button that causes the new way of engaging with background apps, the way for the user to return to the Home screen has also changed. Getting back to the Home screen is a common step in every test automation, therefore these steps need to account for the changes, and replace the button press with a Swipe Up gesture.

In addition, trying to work with Hulu.com website proved to also be a challenge. Most menu content is being thrown to the bottom of the screen under the user control, making it simply inaccessible. Obviously, the site is not ready for iPhone X/Safari Browser.

The new iPhone X might be paving the way together with the Android Note 8 for a new era of innovation that offers App developers new opportunities to better engage and increase business values. If quality will not be aligned with these innovative opportunities, as shown above, that transformation will be quite challenging, slow and frustrating for the end users’

It is highly recommended for iOS app vendors across verticals to get hands-on experience with the new platform, assess the gaps in quality and functionality, and make the required changes so they are not “left behind” when the innovative train moves on.

Accelerating Software Quality: Machine Learning and Artificial Intelligence in the Age of DevOps

My Monthly Column at InfoWorld.Com

Community Member of the JavaCodeGeeks